Winter in the Małopolska region

Winter in the Małopolska region

Actively in the winter
News 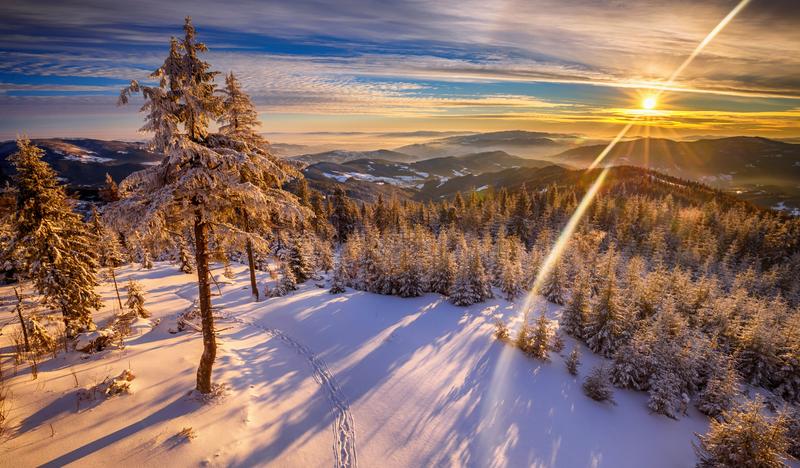 Małopolska region is fascinating at any time of the year. In winter, when there is plenty of snow, it offers many active ski resorts. There are several well-maintained routes waiting for lovers of cross-country skiing. Whoever prefer to stay away from the winter weather in warmth is recommended to visit regional inns and thermal pools. Winter in the Małopolska region means also an unprecedented atmosphere and carefully cultivated traditional customs.

Did you know that in the Małopolska region there are more than 150 km of cross-country ski routes? In our base we have 58 ski stations and ski resorts providing infrastructure and conditions for both novice and experienced skiers. As many as 17 ski stations in Podhale, Spiš and Pieniny join forces under the Tatra Super Ski brand and provide access to their routes and runs under a single skipass. It is the largest ski industry project in Poland. Grupa Pingwina offers a full year, 365-day pass for all its stations. In the Małopolska region, this means the Słotwiny Arena, Czarny Groń and Kasina Ski&Bike Park. Find something for you!

Another form of winter skiing activity gaining more and more popularity is the cross-country skiing. The municipality of Nowy Targ promotes this kind of skiing. When only the conditions are favourable, several routes are made available to skier: at the airport within the nature reserve “Bór na Czerwonem”, in “Bór Kombinacki” and “Na kole”, next to the Municipal Ice Hall. In 2020 a new site has been inaugurated: Cross-country Skiing Centre in Klikuszowa. Skiing can also be practised in the municipality of Sękowa, which has implemented a project “Śnieżne trasy przez lasy” (Snow routes through forests).

The mountain routes, that are popular in the summer season, can also be traversed in winter on snowshoes - by choosing routes where the trail runs on even ridges, or on skitours where there are long downhill sections. 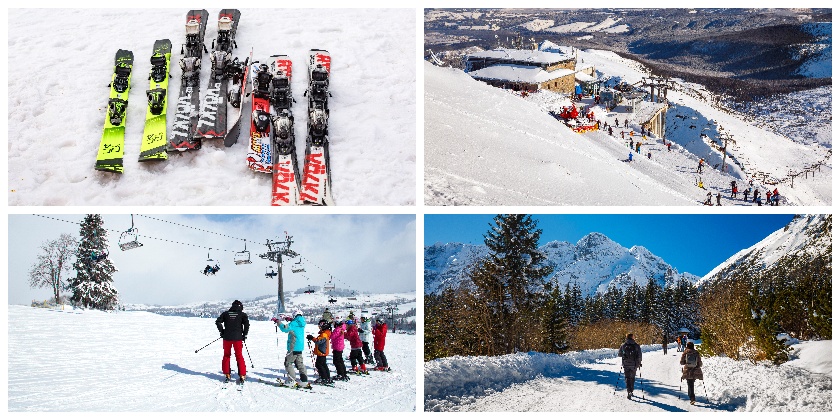 If you’re not skiing or you’re looking for other, more relaxing activities, you can visit spa resorts that encourage you to relax in the their spring parks. In Krynica–Zdrój, Rabka–Zdrój, Wysowa, Szczawnica, Piwniczna or Muszyna we will find not only fresh air, but also outdoor gyms, mineral water pump rooms, walking paths and ice rinks. Walking along alleys and natural paths, tasting mineral waters or swimming in pools will add energy and health to fans of such relaxation.

Małopolska region is famous for its geothermal sources and thermal baths. It is here that we can relax in winter: heat up, spend time actively but exceptionally not on snow. It’s also a recommended form activity after skiing, as it helps you regenerate your strength. Such a combination is also facilitated by the location of the thermal baths, which are all located in the Podhale region, very close to the ski resorts. We encourage you to visit Szaflary, where you can find the Gorący Potok thermal pools site and Szaflary Thermal Pools, the BUKOVINA complex in Bukowina Tatrzańska, the Chochołowskie Termy thermal baths, as well as Terma Bania complex in Białka Tatrzańska.

You can gain strength and warm up in atmospheric regional inns, offering your senses a true feast. The taste, smell and appearance of the typical dishes of the Małopolska region are positively overwhelming! Especially when they are accompanied by a good beverage. We particularly recommend the inns located on the Małopolska Gourmets Route and listed on the Małopolska Countryside for Gourmets route. With good food, you won’t be afraid of even the most harsh winter! 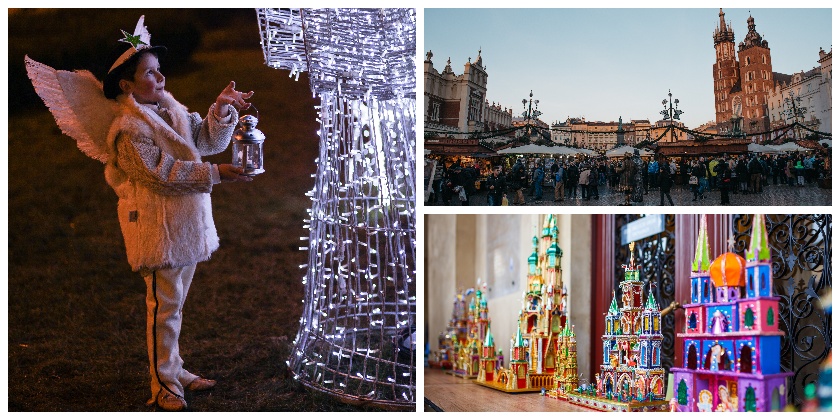 The magic of Christmas

At the end of November, when the dawn arrive quickly and last for a long time, Krakow is lit up by illuminations. You can see the richly decorated Christmas trees, and the Main Market Square in Krakow is filled with stalls full of handicraft, gift proposals, Christmas ornaments, fragrant gingerbreads, as well as regional food accompanied by Grzaniec Galicyjski – the local version of mulled wine. Krakow’s Christmas Market is an inherent element of the city’s winter landscape. In 2007, it was mentioned in a book published in Italy and dedicated to the most interesting Christmas fairs in Europe, while in 2012 CNN Travel announced Krakow the best city to spend Christmas.

Typically about December 6, the Podgórze Market Square welcomes the weekend Targi Rzeczy Wyjątkowych (Unique Goods Fair), which feature handicraft stalls, concerts on stage and workshops. The main attraction of the fair is the Victorian carousel spinning with the sound of a historic barrel organ, which is enjoyed by children and adults visiting Podgórze.

The days before and after December 6, it’s also the time of angels. Every year, on the first weekend after Saint Nicholas Day, Lanckorona welcomes angels from various parts of the world and heaven, which arrive there for the Angel in the Town Festival. The idea of the Lanckorona festival is to play together and open human hearts. It aims at drawing attention to the fact that there are people around us who are full of goodness, who help the needy, devote their time, share good energy, ideas and talent. The event is accompanied by a gathering of angels, a handicraft market, exhibitions, concerts and artistic workshops; one of the most important moments of the festival is the awarding of the title of the “Angel of Lanckorona”.

In Krakow there is an extraordinary tradition of building Christmas Cribs, which began at the end of the 19th century by the masons from the Krakow suburbs, who in the winter, when the bricklaying works were suspended, sought other activities and sources of income. From the 1930s, on the first Thursday of December, a Christmas Cribs Competition is organised under the auspices of the Krakow Museum. On the morning, usually in a light mist, participants bring their works under the monument of Adam Mickiewicz located on the Main Market Square. They obligatory have to include some elements from the Krakow’s historical architecture. Cribs can also be admired at the post-competition exhibition of Krakow cribs in Celestat, a branch of the Krakow Museum. This year, the formula of the competition has been slightly changed.

Every year before Christmas Eve, Krakow’s Main Market Square turns into one great table for the poor, homeless and lonely. According to the recently introduced tradition, Krakow’s merchants and restaurateurs, chaired by Jan Kościuszko, invite the most needy citizens to a common Christmas meal. Christmas spirit connects people and opens hearts. All willing will get a warm meal, a festive package and free medical treatment. Christmas Eve for citizens in need has been held on the Main Market Square in Krakow for more than 20 years.

There is no holiday season without singing and playing music. The traditional carolling begins at the Day of St Stephen and continues until the Epiphany, although the carols are sung even up to the Feast of the Presentation of Jesus Christ on 2 February. In many places, the tradition of carolling groups walking from one home to another has been preserved up to this day. The shepherds with a crib, Herods, sometimes with a turon or a goat, the Three Kings with a star – the tradition demands them to be disguised men. The carolling groups can be seen during the Małopolska Region Review of the Carolling Groups awarding the Lipnica Star. This is an extraordinary carolling meeting with children, youth and adult carolling groups. Children and youth groups compete for qualifications to participate in the Nationwide Meetings of Children and Youth Carolling Groups “Carolling Shepherds” in Podegrodzie, while the adults participate to win qualification to the Nationwide Competition of Carolling Groups “Highlander Carnival” in Bukowina Tatrzańska.

In the Catholic Church Epiphany is celebrated on 6 January. In tradition, it is the day when the three kings come to bow down to Baby Jesus. For several years, in Krakow, there is a colourful Three Kings Procession being organised, which moves along the city streets. Its participants are given paper crowns and songbooks that the organisers will distribute during the procession. Each part of the cortège, which starts in three different points of the city, symbolises one of the three Biblical kings. Participants sing carols accompanied by musical instruments and move towards the Main Market Square where the bow down to Baby Jesus. Similar processions are also organised in other cities in Poland and in the world. 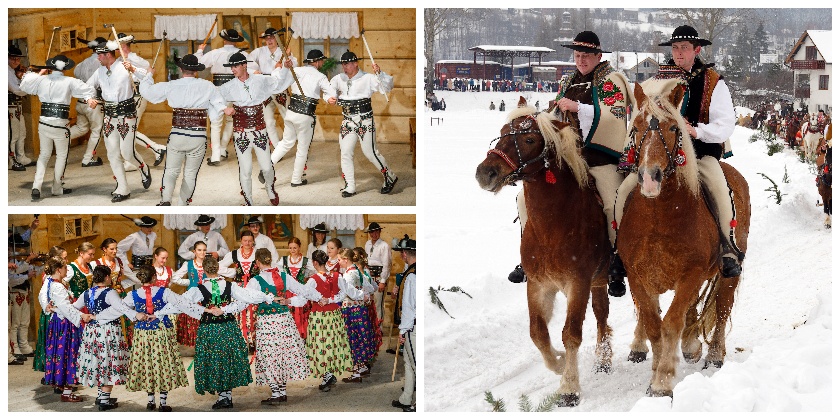 Each year, the “gazda parades” are taking place in the municipalities of Podhale in the vicinity of the winter holidays. It is a traditional presentation of winter sledges, in which representatives of highlander families sit, dressed in regional costumes. It’s a colourful event attracting many tourists. Preparation for the parade takes at least a few days and involves all family members. After all, you have to take care of the horses and decorate the whole sledge. Older highlanders use this opportunity to ensure that young generation is familiar with the traditions of Podhale. In addition to the presentation of the sledges, there are numerous competitions which often require a lot of efficiency and courage. One of the competitions is called kumoterki and is a race of two-person sledges, which refers to the tradition of bringing infants for baptism ceremony on small wooden sleigh by kumotrzy, the godparents. Kumoter, which has to be a natural born highlander, is leading the sledge, while kumoterka or baba, is holding firmly the sledge and is balancing her body to keep the sledge in the track. However, there are often spectacular falls. Skiring and a ski-skiring requires very good condition. In skiring, the skier is riding behind a horse that he himself is leading, while in ski-skiring, he tries to keep on his skis behind the speeding horse with a rider on it.

For more than 50 years, in Bukowina Tatrzańska, there is an event organised in winter, named the “Highlander Carnival”. For four days, guests can see all the best of the highlander folklore. The are concerts of regional and folk bands, competitions of carolling groups and dance competitions, including the contest of the “zbójnicki” dance, as well as dance contest for couples from all over Podhale, Spiš and Orava. You can also find there exhibitions of folk handicraft presenting the works of the masters of woodcarving, art furniture, artists specialising in metal and leather articles, paintings on glass and lace-making. There are also presentations of Tatra Sheepdogs. 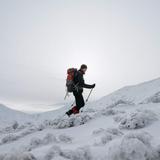 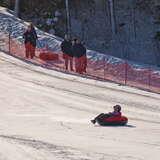 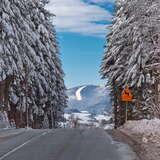 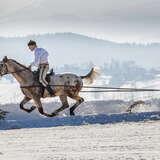 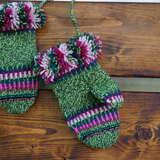 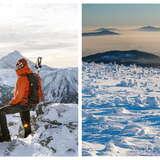 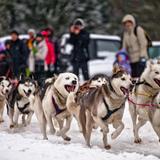 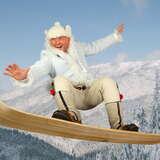