The Old Town in Tarnów 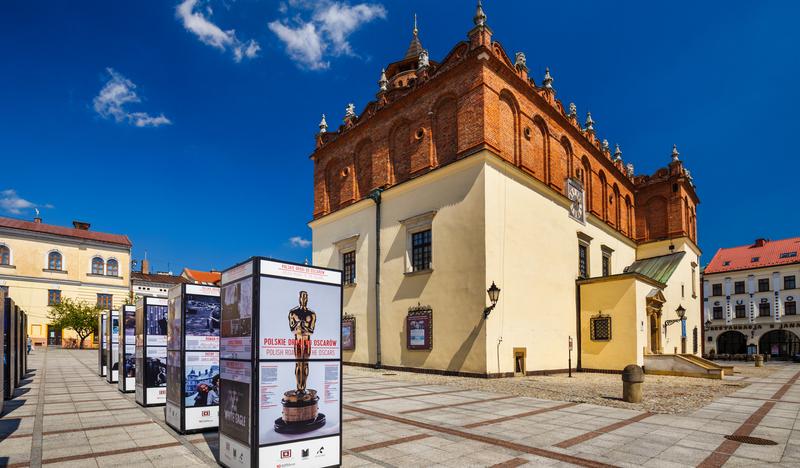 www.tarnow.pl
Show details
The old town in Tarnów is called the "pearl of the Renaissance" because it has one of the most beautiful Renaissance architectural layouts out of all Polish cities and many priceless monuments from that period.

The history of the Old Town and the Market Square is connected with the history of the city. The market square, which is a representative urban space, is located on a slightly sloping terrain, with a preserved medieval urban layout from the time of the city's location in 1330, surrounded by bourgeois houses, and in its centre, there is a magnificent Renaissance town hall. Initially, the Market Square was a market square with stalls and shambles, surrounded by wooden buildings. Markets and fairs were held there. Fires in the 15th century destroyed all of the buildings. A brick town hall was erected on the rebuilt Market Square, with magnificent tenement houses around it. In the 17th and 18th centuries, the city burned down again and was rebuilt. At the end of the 18th century, the square was built again with modest, late-baroque and classicist tenement houses, most of the arcades were demolished or walled up. Subsequent fires in the 19th century ruined the buildings again, and the rebuilt houses were taken over by Jews. After World War II, the market square lost its character as a commercial square, and some tenement houses and the town hall regained their former character. Today, the tenement houses around the Market Square come from the 16th and 19th centuries. The most valuable Renaissance arcades have been preserved in the northern frontage. Here, we can find a museum, a tourist information centre, a cultural centre, a hotel, as well as dining and shopping venues. Cultural events are also organised in the Market Square.The first Gothic town hall from the 14th century was rebuilt in the 15th and 16th centuries. The present one is an example of mannerist architecture with a Renaissance base. It is a rectangular, two-story building with a tower with an overhung porch, the facade of which is decorated with a stone attic with mascarons and pinnacles. Every day at noon, the bugle call from Tarnów is played from the town hall tower.

The Old Town in Tarnów 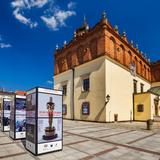 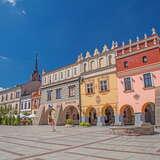 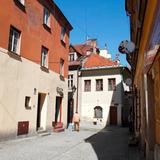 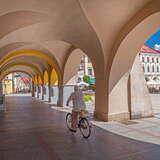 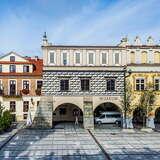 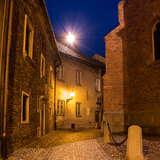 There are no objects in the selected category.